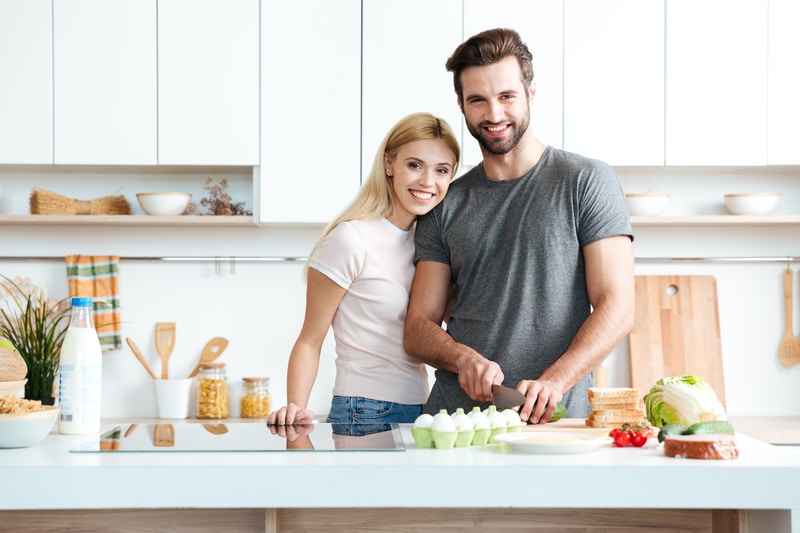 For many homeowners in the process of renovating their homes, the desire to find something old and unusual over the course of their remodeling project is almost as natural as the drive to leave something themselves for later generations to find. Recently, the former actually came true for a Milwaukee couple, sending them in search of a man they suspected had died over 70 years earlier.

Bonnie Tefft’s family bought the Bay View duplex where she grew up in the early 1940s. Today, however, she and her husband, Gary, rent out the upper and lower units while they reside in nearby Menomonee Falls. For this reason, the Teffts were astonished when they found a strange notation over the course of a basic metro remodeling project: written in pencil behind a kitchen cabinet, the scribble read “#12109, Phil Herriges and Sons. Feb. 20, 1943. Ralph leaves Monday for the Army.”

The son of a World War II veteran who had come of age during the Vietnam War, Gary was immediately consumed with questions. Who was Ralph? Was he a worker or one of the Herriges’ sons? Had he participated in the D-Day invasion or Battle of the Bulge? He eventually turned to an online copy of the 1940 federal census and found Ralph Herriges listed as one of 17 children belonging to Phil and Estella Herriges, the family that owned the building company listed in the note. Ralph would have been 19 years old in 1943, a prime age for military service.

Further research revealed that World War II hadn’t been the end of Ralph: a Journal Sentinel death notice revealed that he had died in 2006 of natural causes. Following this discovery, the Teffts reached out to Urban Herriges and Sons, a Mukwonago remodeling company founded in 1972 by Ralph’s brother, Urban.

According to Office Manager Lisa Herriges, Urban’s granddaughter, this isn’t the first time someone has found the family name scrawled in an old building: like many builders, the family members were prone to writing their notes on walls and fixtures in pencil. However, this is the first personal message she has heard of.

According to members of the Herriges family, Ralph drove a truck in Italy during World War II as part of the supply corps. He met his wife, Vanda, after the war and the couple married in 1948. They went on to have five children, with Ralph working as a mason with his father’s building and remodeling company until he retired. Phil Herriges and Sons continued to operate until 1996.

The family reports that Ralph said little about his Army days. However, they say rumors have lead them to believe he was part of General Patton’s supply lines.

While the Teffts’ success in tracking down the young man mentioned in the notation they found is improbable, finding builders’ scribbles and other historical data isn’t uncommon, especially in older homes. Because of this, it is important that homeowners know how to properly preserve this evidence for future generations.

“We have never found anything as interesting and unique as a World War II note, yet we do often come across old sections of newspaper from the 40’s and 50’s,” said John Gubisch, in-house designer for Smith Thomas and Smith, a remodeling company. “One of the most prevalent items is rusty razor blades that have fallen between the cracks in bathrooms. If anything of value is found during a remodeling, it is best to contact the owner of the house and inform them of the discovery.”

For his part, Gary Tefft decided to continue installing his new sink and countertop. However, he returned the original yellow pine cabinet to its original position after adding a note of his own. Now, a line connects the original notation to a explanation, which reads “Ralph served as a truck driver in Italy during WWII and returned to work in the family business. He lived a full life and died in 2006.” This way, hopefully, future renovators will be able to appreciate the history of the Teffts’ duplex as well.