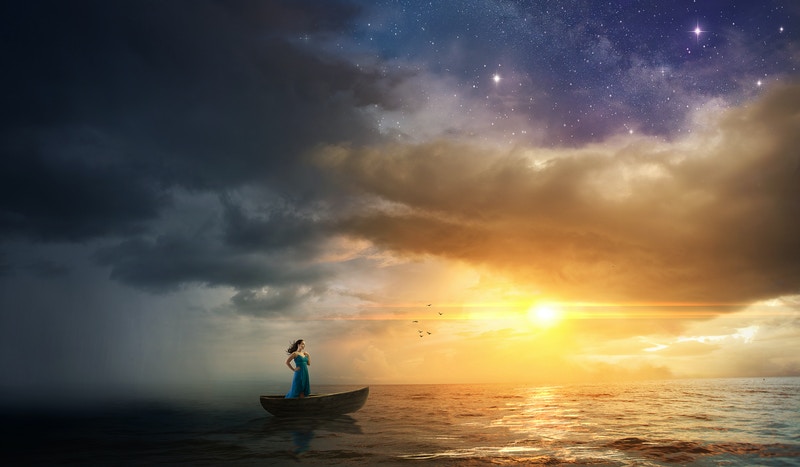 As coastal cities across the globe are beginning to see the effects of rising sea levels, a race to find a solution to keep cities from drowning is underway.

It was just two years ago that Hurricane Sandy overtook the eastern coast of the United States, slamming cities up and down the seaboard with devastating winds, rain and storm surges. Boston was lucky to avoid the severe damages faced by New York City and parts of New Jersey, but it was a narrow escape for the historical city. Had the storm hit just hours earlier during high tide, the city would likely have been under water.

Boston may have avoided the devastating effects of Hurricane Sandy, but city planners aren’t waiting around for their luck to run out. After a collaborative brainstorming session between city developers, architects and real estate personnel, many are now considering the idea of turning Boston into the Venice of North America.

“Much of the model has been how do we keep the water out? Everybody’s afraid of the water,” said sustainability director at Boston University, Dennis Carlberg, according to the BBC. Now the conversation is changing to figure out how to work with water instead of fighting against it.

Sea levels are expected to rise between three feet and six feet by the end of the century, and according the BBC, Boston is among the top 10 U.S. cities vulnerable to significant financial losses due to rising seas. A network of canals would potentially save Boston from losing valuable property in its Back Bay area.

The Back Bay currently sits just four feet above sea levels during high tide, and if water levels increase the predicted amount, the million dollar brownstone residences that are famous in this part of the city would suffer the consequences. The proposed network of canals would drain excess water into criss-crossed canalways in low-lying areas, keeping rising tides off of city streets.

As with any unique and innovative plan, the canal system has its flaws. For starters, Boston’s tides increase and decrease by up to eight feet a day. Other canal cities like Venice and Amsterdam have much less significant changes. Boston’s dramatic tides would mean that canal water levels would either be very high or very low most of the time.

Other solutions that have been proposed are to build protective structures around Boston’s infrastructure, increase the height of ground floors or to bring back important wetland ecosystems that act as a sponge when sea levels increase.

Whatever the city decides to do, one thing is certain: without investing in a waterproofing plan to protect Boston’s streets, commercial buildings and homes, the city could be under water sooner than one might think.