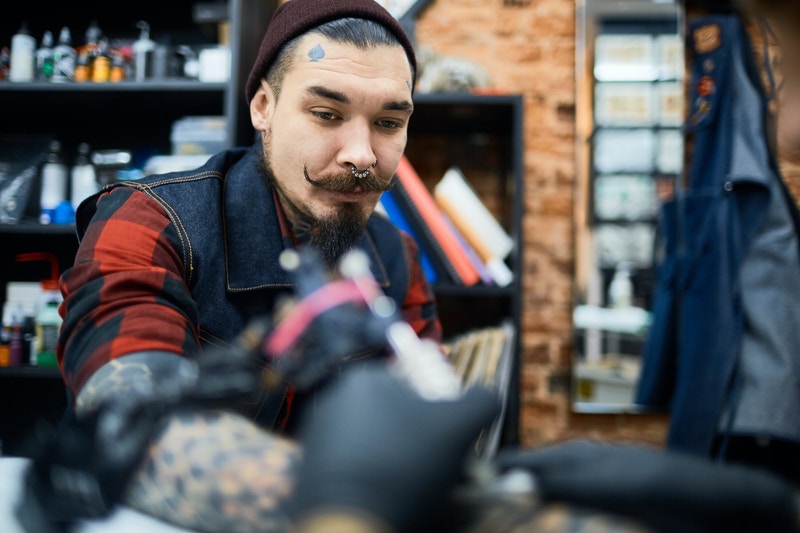 People have been decorating their bodies with tattoos for millennia — and with many popular taboos surrounding tattoos beginning to disappear, they’ve never been more popular.

This is good news for federal law enforcement, although they’re celebrating tattoos for a different reason than most people.

According to MTV News, the FBI’s Biometric Center for Excellence and the National Institute for Standards and Technology (NIST) hosted the Tattoo Recognition Technology Challenge last week. The event served one purpose: encouraging programmers to develop the best algorithm for digitally identifing individuals based on his or her body art.

NIST organizer Mei Ngan said that because criminals are more likely to have tattoos than non-offenders, this kind of technology could play a vital role in identifying suspects for crimes, especially repeat offenders.

At the same time, Ngan insisted that the FBI has no plans to collect data on unsuspecting civilians’ tattoos, and that having a tattoo doesn’t mean the FBI will place you under surveillance.

“The government doesn’t have plans to collect everyone who has a tattoo,” she said. “We don’t want to judge; just because you have a tattoo doesn’t mean you are a criminal.”

The primary roadblock to this criminal-catching methodology is the fact that tattoos are hardly universal — currently, a little more than 20% of U.S. adults have one or more tattoos. However, with their popularity steadily rising across all demographics, distinctive tattoos could be a viable way to determine who really committed a crime.

And even though the NIST says it won’t discriminate against people who have tattoos, Selena Mooney, co-founder of Suicide Girls, told MTV News that the technology sounds flawed.

“This seems prejudicious and outdated,” Mooney said. “Between cover-ups, laser removal and the amount of new ink that people get every day, it seems impossible to manage this data accurately.”

“It only needs to provide some investigative benefit to aid in narrowing down suspect lists or providing investigative intelligence related to a crime,” he said.