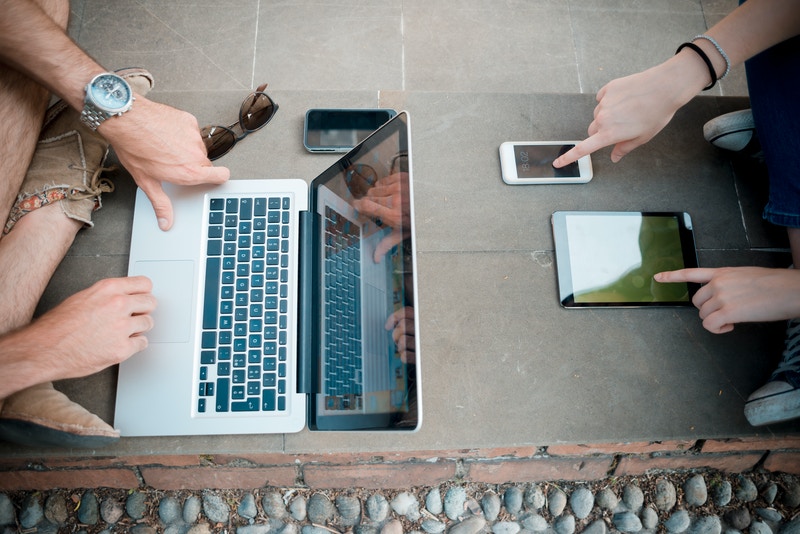 When you think of plastic surgery, your mind likely goes to the classic subjects — aging Hollywood starlets, panicking mid-40s men who’ve gone more gray than they’d expected, new moms looking to shed a few years from their faces, and the like. You probably don’t expect the gradually wrinkling faces of tech giants in Silicon Valley, but according to a new report from The New Republic, that’s exactly who’s on the hunt for anti-aging procedures these days.

Of course, that shouldn’t come as any surprise to people who’ve been paying attention to the growth of the internet over the past decade or so. Facebook founder Mark Zuckerberg, one of the most successful people in the history of the web, is not yet 30. Google’s Sergey Brin and Larry Page are barely 40. In other words, the web (and its de facto headquarters in the San Francisco Bay Area) is currently ruled by the fresh faces of folks who aren’t what most average people would consider old.

In order to keep up with such youthful vigor, aging Silicon Valley employees are turning to procedures like Botox and hair plugs to help ward off the perilous inevitability of getting older. Seth Matarasso, a plastic surgeon quoted in the story, has perhaps the most interesting and unique take on the situation.

“It’s really morphed into, ‘Hey, I’m 40 years old and I have to get in front of a board of fresh-faced kids,'” Matarasso said. “‘I can’t look like I have a wife and two-point-five kids and a mortgage.'”

Among the most striking discoveries were the tale of a 26-year-old who contacted Matarasso about the possibility of hair transplantation surgery in order to stave off the baldness in his future. Hair transplants are popular among tech workers, but Matarasso says nothing beats laser treatments to help clear up skin problems and ultherapy, a skin-tightening ultrasound. Couple those with Botox and other wrinkle-reducing injections and you have a clear picture of exactly what’s going on under the radar of most Silicon Valley workplaces.

The merits of cosmetic surgery have been weighed up against its risk for decades now. Luckily, that’s meant more time for scientists and surgeons alike to come up with safer, more effective solutions to problems that once plagued patients in the past.

Most shockingly, the procedures in California are being sought after by men the most. So what’s causing them to seek hush-hush treatments to help keep them glowing? One indicator might be a quote from Mark Zuckerberg back in 2007: “Young people are just smarter.”

Zuckerberg was 23 when he spoke those words, and there’s little to suggest that the trend hasn’t gotten worse in the past seven years. But while it might seem like ageism, there’s no explicit proof to show that’s what’s being carried out on the surface.

At least, not yet.