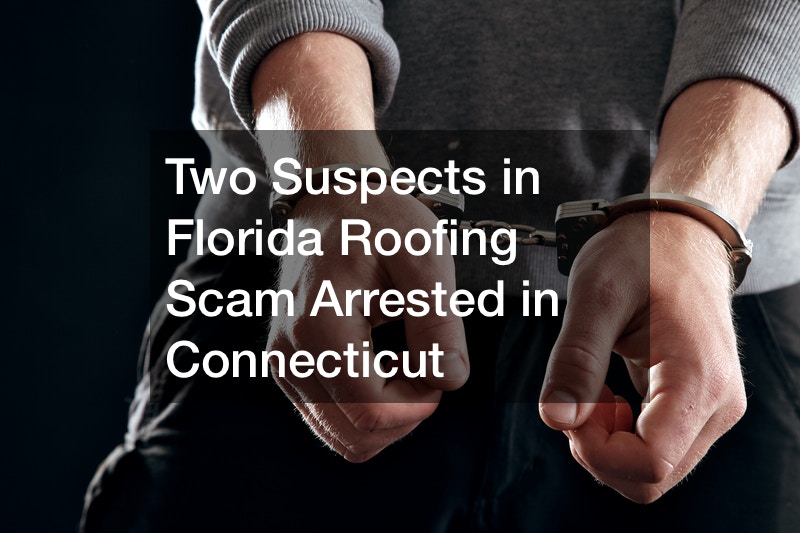 When you get arrested, you will have to sit in jail until a verdict is rendered in your trial. You do not have to wait for your trial in jail if you can post bail custody. You’re bound to have a lot of questions about bail.

What is bail? Bail extended meaning is a sum of money you give to the court to ensure that you will show up for your trial. If you or a trusted friend or loved one pays your bail in full, it is returned if you are found innocent at your trial. If you get a bail bond from a bail bondsman, then you will not get anything back if you are found innocent.

A bail decision is made at what stage? Bail is set by a judge soon after your arrest. Bail is determined by the crime, your criminal record, and if the judge considers you a flight risk.

Police in Milford, Connecticut arrested two men on Wednesday, October 1 charged with running a roofing scam in Florida. Carlton Duncan, 45, of Tampa and Frank Pureber III, 36, of Apollo Beach reportedly stole more than half a million dollars in insurance claims from homeowners after promising to fix roof damage.

According to the Florida Department of Financial Service’s Division of Insurance Fraud, Duncan and Pureber visited as many as 100 homeowners in the Tampa area after storms struck the region. Assisted by five employees of their business, NBRC Roofing Company, the men convinced their victims that they needed roof repairs and helped them file insurance claims. The paperwork they filed gave NBRC the sole right to make the repairs and assign the benefits for the insurance claim. The defendants then stole money meant for subcontractors, leaving the roofs damaged and the homeowners with liens on their homes. In total, the insurance fraud netted $525,000 in claim benefits.

The alleged actions of the NRBC Roofing Company have been roundly condemned by others in the industry.

“Because of unfortunate occurrences like this, we believe it is to the benefit of the homeowner to do business with companies that are local and established,” says Dan Dolbeau, Manager of Marketing and Sales at Performance Exteriors.

Duncan was taken into custody at the office of CTST Construction in Milford, while Pureber was apprehended by police in New Haven. Both men were brought to the Milford Police Department on outstanding warrants from Florida, charging them with first-degree fraud greater than $50,000. They are also being charged as fugitives from justice. As a result, both were assigned bonds of $500,000 before their court appearances Thursday, October 2. Duncan and Pureber could face up to 30 years in prison if they are found guilty, the standard length for a felony fraud offense.

Florida officials have stated that they have also apprehended the five employees associated with the fraud: Stacy Lynnn Dunko and Joel Samuel Deserio of Tampa, Alexander Josue Gomez of Riverview, Florida, as well as three other people have reportedly been arrested in connection with the case.