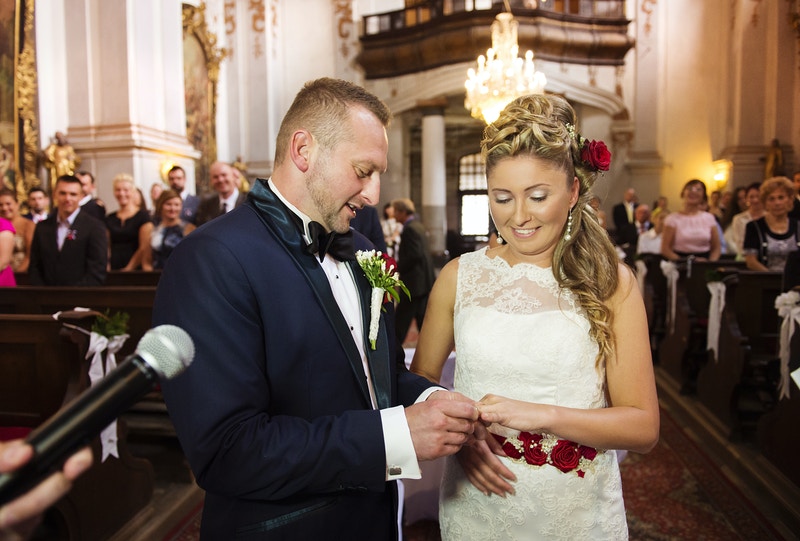 It’s no secret that weddings are pricey affairs. Between the gowns, the tuxes, the food, the entertainment, the food, the party favors — and did we mention the food? — couples about to tie the knot tend to be staring down thousands of dollars’ worth of expenses before all is said and done. But a new study has found that it’s not just the bride and groom who are forking over huge sums during wedding season; the guests themselves are paying more to attend each ceremony than they’ve paid in a long, long time.

American Express surveyed about 1,500 Americans and discovered that the average wedding guest will pay just under $600 per wedding ($592 to be exact) in 2014. Compared to numbers from 2013, this is quite the spike, with last year’s numbers totaling only $539. The most recent figure is also a 75% jump over data calculated from the past two years, the Huffington Post reports.

So what could possibly be worth $600 if you’re not even the one getting hitched? It might be best to map it all out in a narrative form.

Two weeks out, you go shopping and pick up your wedding gift. AmEx ventures that’ll cost about $100 unless you’re a close friend or a family member of the bride or groom. Then the gift cost tends to double. The best part? Gift costs weren’t calculated in the initial numbers, which means you’ll likely have to set aside $100 in addition to your $600. You’ll also have to plan out your travel expenses and make hotel accommodations, which AmEx imagines will be at least $300. Couple that with new dress clothes, dinners and drinks for the days surrounding the ceremony and you’ve easily reached, if not exceeded, your $600 mark.

But wait, there’s more. If you’re a member of the wedding party, expect to dish out a bit more than $600 to cover your special apparel needs. An interesting find from the survey was that 78% of bridesmaids said they’d buy a brand-new dress but most likely never wear it again. Talk about a one-and-done expense.

With all these high figures floating around, wedding guests might be wondering what’s in it for them past the joy of seeing their friend or family member begin a new life with the romantic partner of his or her dreams. As it turns out, a lot. Marrying couples are now spending an estimated $220 on each guest at the reception — and that kind of wooing power tends to go a long way.

“I think this has a negative impact, and we’ve seen it over the last few years,” explains Angela Kaiser, Sales Manager at Deerfield. “With the economy not being as strong, we’ve noticed the percentage of guests attending compared to guests invited has decreased.”

At the end of wedding season, even if you’ve dropped $600 for a set of memories you can barely recall, you’ll at least know that you took part in a blessed union where love reigns supreme. Or something like that.