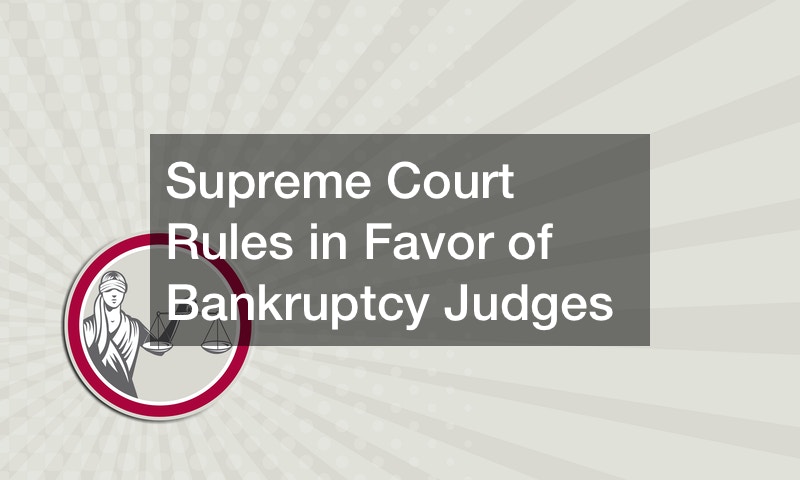 If you’re in a lot of financial trouble, bankruptcy might be able to help. However, filing for bankruptcy does come with consequences, so you want to be sure that you’re making all the right decisions. This is why it is so important to work with a bankruptcy law firm as you go through the process. While you might think this is another unnecessary expense, your bankruptcy lawyer is essential. They have access to bankruptcy court, as well as experience with all types of bankruptcies. This gives them skills and experience with the system that you don’t have. They can help you avoid making mistakes that will prolong the process and cost you more money.

There are advantages and disadvantages of filing bankruptcy and you need to make sure you’re choosing the right type for your situation. Your lawyer will understand how active bankruptcies work, meaning they can help you choose the one that fits your needs. If you don’t choose the right type of bankruptcy, you might end up missing out on benefits you would have otherwise been able to access.

According to the Associated Press, the Supreme Court ruled unanimously that a Washington state bankruptcy court had stayed within its limits when it took into consideration a lawsuit that claimed the Bellingham Insurance Agency had unlawfully transferred its assets to another insurance company shortly before declaring bankruptcy.

According to the Associated Press article, the bankruptcy acted in accordance of the limits on its powers to consider unrelated factors because a bankruptcy court is permitted to look at these matters if a federal district court reviews them as well.

Douglas Hallward-Driemeier of Ropes & Gray, who litigated for the losing party, EBIA, told Forbes that the EBIA vs. Arkison ruling will have little impact on most personal bankruptcies. This is because most personal bankruptcies don’t normally involve claims against third parties that are made when it is believed money has been bled from an estate to preserve a debtor’s assets.

“Judges are going to be happy with this ruling because now they will have less chance of getting overruled on appeal for exceeding their jurisdiction.” says Charles Huber, Attorney at the Law Office of Charles Huber